How to Choose the Right Button Color 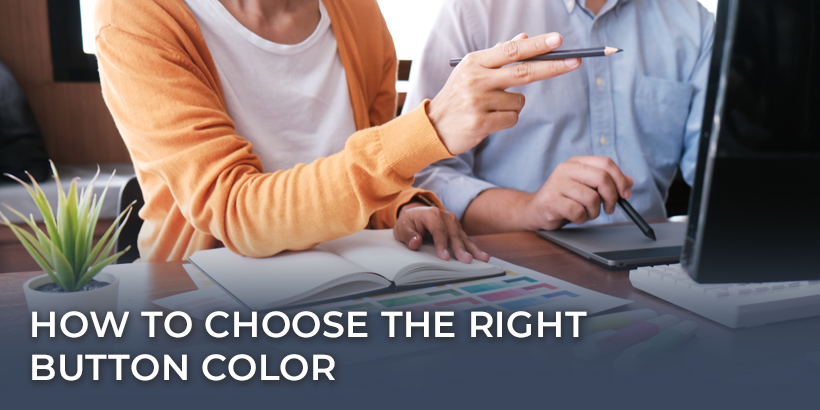 For well over a decade, marketers have debated about the most effective button color. At first, the answers were wildly inconsistent. Some marketers argued that all buttons should be orange. Or that red was better than green.

These conclusions were largely based on personal experience, or a single A/B test. And it’s highly possible that your organization has something similar happening internally: someone decided that a specific button color is best, and now every landing page, email, and ad is adorned with the same orange, blue, green, or red button.

But here’s the thing: there’s actually not a single button color that’s universally better than others. And if you ask most experienced marketers today what the best color is, they’ll pretty much all say: it depends.

The right button color can vary from brand to brand and even from email to email or ad to ad. There are too many variables. And which color is best actually depends on what other colors are around your button.

So here’s how to choose the right color every time.

No matter what your colleague says, the best button color is the one that creates the most contrast. And that’s according to NASA. It might be anti-climactic, but it’s also obvious when you think about it. The button people are most likely to click is the one they can see the best.

Contrast makes your button pop out of the landing page, email, or ad. It captures your audience’s attention instead of blending in with the background. So while orange buttons might work well on a white background, they won’t perform nearly as well on, say, a red background where they’re harder to see.

Note: It’s also important to think about the color of your button text. If your text color is too similar to the button color, it creates the same problem: it’s harder to see, so it won’t demand attention.

Of course, in pretty much every situation, you’re going to have several colors that would be strong options. And that’s why it’s also important to think about consistency.

Most companies have a couple of go-to colors for buttons. In fact, a lot of companies probably have just one. This usually comes from a mix of what an organization feels is “the best color” and a desire to maintain consistency across all their assets.

Button color may seem trivial in terms of branding, but being consistent even in the finer details ensures that the way you present your brand is the same wherever people see it.

That’s why you should find a handful of button colors that fit within your brand’s palette and create contrast with a variety of backgrounds. This gives you options without making your buttons look like funfetti sprinkles.

Button color is one of the simplest things you can A/B test. A single test won’t determine once-and-for-all which button color you should use, but it can help you decide what to start with on which backgrounds.

Since there are other variables at play from asset to asset, button color is something you should test somewhat regularly. But generally speaking, you can trust that the colors with the highest contrast will consistently perform the best.